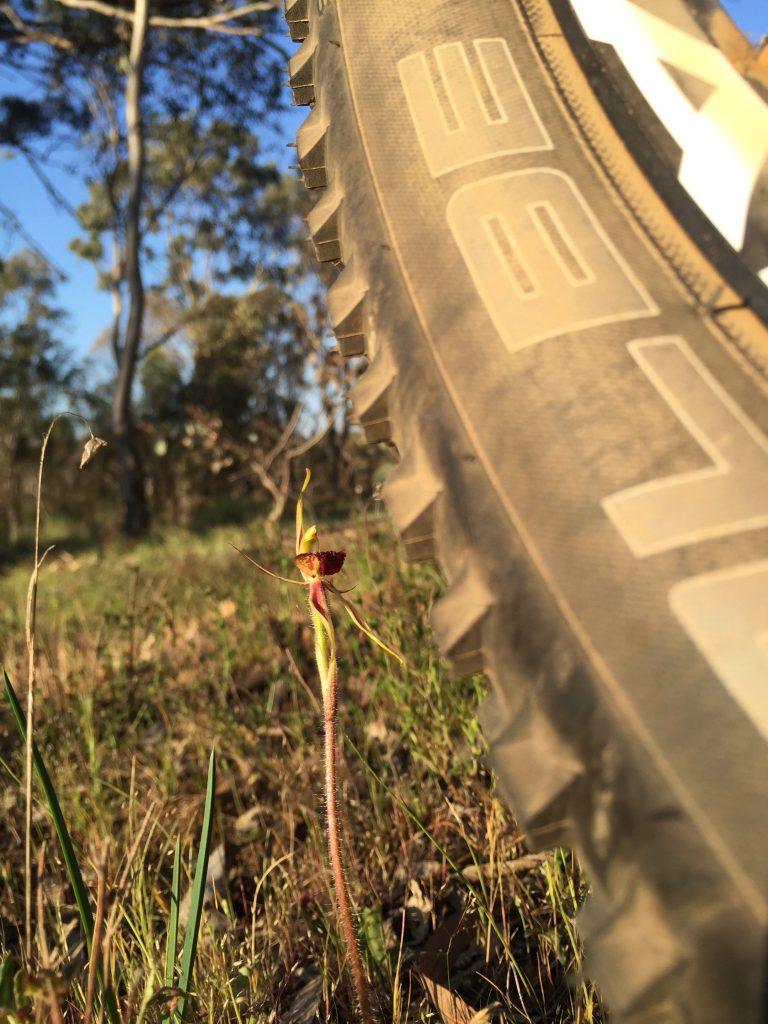 I was mountain biking in the Canberra Nature Park close to my home, which I always felt was just a patch of relatively boring bush consisting of gum trees and brown dirt, when I almost trampled upon and near destroyed a colony of the most critically endangered rare plant in the ACT – the Canberra Spider Orchid.

I had no idea what they were, but I knew they were unusually stunning and unique – I’d never come across anything like it before. So I made some enquiries and was quickly put in touch with the ACT Government’s Conservation Planning and Research unit's Dr Michael Mulvaney. And it turns out that Dr Mulvaney was really interested in knowing how many plants I’d stumbled across, where they were and what condition they were in.

So I became very curious and began to look for more Canberra Spider Orchids as well as many other species all over the ACT. A whole new world was opening up to me and I never looked at the bush in the same way again. The vast amounts of information that I was collecting became too cumbersome to manage and so I piloted a rough online prototype over the Christmas holidays in 2013 to manage it all. I sent the link through to the ACT Government conservation officers that I now had this informal productive relationship with and as it turns out, they found it really convenient and started sending the link around to their colleagues.

It grew very quickly both in terms of the participation from the local community as well as the technology stack that supported it all. I wanted to build a super easy / streamlined way to record hundreds of sightings on my smartphone, so that I could just click a button and have it all sync’d in to the people that needed to know about it for detailed analysis.

We ended up with this really innovative and extremely robust platform that powered it all and so NatureMapr was established to make the technology available to other teams and organisations throughout the world. It’s something I’m very passionate about because I have seen the real world on-the-ground outcomes that are being achieved here in the ACT directly make a difference to many endangered plant and animal species. NatureMapr helps local councils, governments and environmental organisations around the world get those same benefits, which goes on to directly help the environment.

Proudly Australian made, owned and hosted